7 Creative Ways to Get a Hiring Manager’s Attention, From People Who’ve Used Them 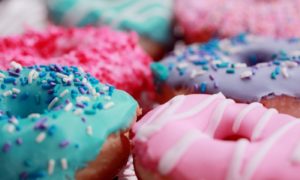 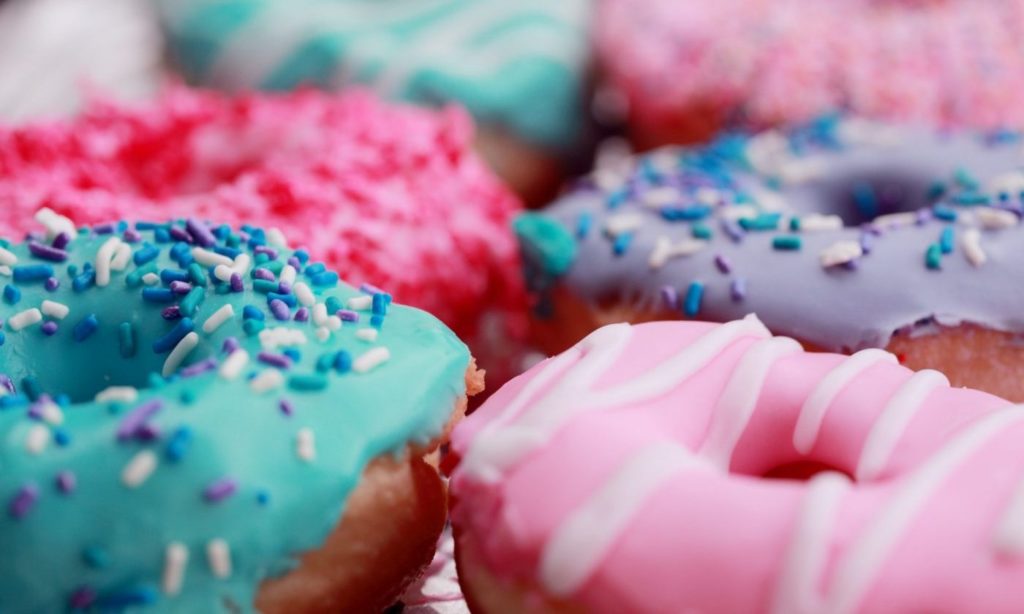 Sometimes, you have to be willing to go the extra mile to get the attention you want from top companies. The unfortunate truth is that you’re not the only viable candidate in their pool and, if you want to get noticed, you may have to put yourself out there — well beyond your comfort zone.

“I knew someone who delivered a pizza to the tech company he wanted to work for and taped his resume to the inside of the box,” wrote an anonymous FGB’er on the Fairygodboss Community board.

And that’s tame, compared to some people’s get-noticed strategies. Need some inspiration? Here are some of the craziest things job hunters have done in order to get their application in front of hiring managers.

1. She pitched them a job that didn’t exist.

“Early in the nascent days of the internet (mid-1990s), after hearing a national radio interview with a doctor who had started an internet health site, I went to their website, saw that they were not hiring anyone, went to their ‘About page,’ scrolled down until I found someone that I thought would return my email (CEO and COO would be too busy, but maybe the CMO would respond) and sent that person an email explaining why I would be a great hire (even though they were not hiring),” Barb_hansen tells the Fairygodboss community board. “Three days later, I had the job that I pitched to them.”

2. She customized her resume with creative designs.

“One time I applied for the position of an animal expert and, instead of writing a regular resume, I designed it to show my experience with animals,” says Boriana from Petpedia. “For instance, instead of using bullet points, I put tiny paws. Also, I have attached my photo from the field, working with animals. I didn’t want to take the professional photo made in the studio because I really wanted to emphasize my work experience. It turned out that it worked — they called me for an interview and eventually offered me a job.”

3. She sent the office donuts to get the CEO’s attention.

“Many years back I applied for a marketing position with a prominent real estate company, and I learned that the CEO was gregarious with a great sense of humor,” says Deborah Porter. “So I bought three dozen Krispy Kreme donuts and left them in the employee’s break room. On the top of each box, I pasted a sign that said, ‘These donuts are in celebration of Hire Deborah Porter Day. Please help yourself to a donut, then put one of these ticker tapes on [CEO’s name] desk.’ The ticker tapes were colorful slips of paper that said, ‘Hire Deborah Porter as the Marketing Director — I like her!’ About 25 ticket tape papers were left on the CEO’s desk. He was so blown away, he called me the same day and I got the job offered the next day!”

4. She instilled the hiring team with the fear of losing out on her.

“I am usually different from others without trying to be,” says Tonya Haygood. “Once at a job interview, I was being interviewed for a long-term substitute teacher position. My interview panel consisted of about six people including the principal, assistant principal, team teacher and I’m not even sure who the others were.

“The interview was a normal one with the common questions that are normally asked. It was a nice interview, not long and ended in a hopeful note of thanking me for applying and telling me they would make their decision in a few days. As I got up from my seat, something took over my body and my mouth and, with my hands on my hips, I said, ‘Oh yeah, and one more thing: If you do not hire me for this position, you will truly be missing out because I am in high demand because of my esteemed qualities, so you better grab me while you can.’ My mouth went on to say specifically what other schools had interviewed me and were going to grab me up first and they would be devastated. I shocked myself because inside I did not feel so confident as I appeared, but I didn’t care at the moment.

“Then to top it all off, I strutted out of there as if I was the Queen of Sheba. Although my knees wanted to buckle, I showed no apparent signs of fear.”

What happened next truly surprised her, she says.

“Before I could drive out of the parking lot, my phone rang — it was the principal saying that I was hired,” she says.

5. She dressed up in costume.

“Years ago there was a position available to oversee hotel relationships in the U.S. for a European-based online travel agency,” says Bonney Fiorito. “During my interview, I was asked if I would go so far as to wear a horse costume, as they recently had someone do that for a charity event in London. I really wanted this job and saw my opportunity for standing out from the crowd. Following the interview, I ordered a horse costume, took a picture of myself wearing it while holding a sign (in their corporate color, of course!) saying that they should hire me. It was the best $50 I ever spent — and quite a lot of fun as the picture would periodically turn up in slides after I was hired.”

6. She designed her own tarot cards.

“There was a prestigious ad agency that I had been wanting to work at since college — the competition was fierce and I would never hear anything back after applying,” says Becky Beach, a graphic designer and blogger. “When another opening was posted on their website, I decided to get creative. What I did was design a small deck of tarot cards with original illustrations on them. Each card displayed a quality that would make me an ideal candidate. For example, I drew myself as a queen and said ‘I will treat your clients like royalty’ and other fun tidbits. The last card had my resume on it. The wrapper of the deck said, ‘Your Future Designer is in the Cards.’ I heard back in two weeks from the hiring manager. She said she really enjoyed my card deck and wanted me to come in for an interview. I was flabbergasted!”

The interview went well, but she ended up not getting the job due to not having enough experience, she adds. She had only been working in the industry for two years.

“This experience taught me a lot about myself and how to get creative when it comes to applying for jobs,” she says. “I sent another copy of the tarot deck to a Fortune 500 Company and was hired there within a month.”

7. She cold called and called until she got a call back.

“In college I had a goal to work for a wellness center near my school; however, they never had job openings,” says Katelyn Brockmiller. “I went online, found their phone number and called the manager of the department I wanted to work for. I called four times before I ever got a response from them. By the fourth time, my message sounded like ‘Hi, my name is Katelyn Brockmiller, I really think you need to hire me to work as a group exercise instructor. I have three years of experience and would be a great asset to your team.’ After that call, I finally received a call from them and got hired!”

A version of this post previously appeared on Fairygodboss, the largest career community that helps women get the inside scoop on pay, corporate culture, benefits and work flexibility. Founded in 2015, Fairygodboss offers company ratings, job listings, discussion boards and career advice.

Tell Us What You Think

What’s your favorite tip for getting a hiring manager’s attention? We want to hear from you. Share your secrets in the comments or join the conversation on Twitter.

AnnaMarie Houlis is a feminist, a freelance journalist and an adventure aficionado with an affinity for impulsive solo travel. She spends her days writing about women’s empowerment from around the world. You can follow her work on her blog, HerReport.org, and follow her journeys on Instagram @her_report, Twitter @herreport and Facebook.